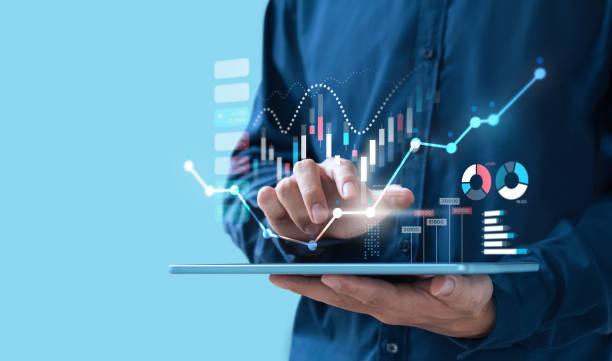 Firstly, a very Happy New Year. From a risk management perspective, we are sort of at the eye of the storm. The major geopolitical risks are largely obvious, but their potential impacts are less so. The China Covid risk is the outlier however in the information dead-zone that is China, perhaps the market’s ability to recognise that its forecasting ability is minimal is, perhaps, rational.

On the economic front, the major central banks appear to be on the right path to get a handle on recent inflationary trends, and happily for them, the lag time is such that the negative, possibly very negative, implications of their rate hikes are yet to be apparent. Expect to see a lot of smoke blown in the soft landing direction over the next few months.

As such, I would like to concentrate on work that is being undertaken to analyse risk at the ManCo level. This has received little attention to date, perhaps because it was not perceived to be a significant risk, but more likely because integrating all the sub-fund data was particularly onerous. That being said, the idea of integrated ManCo risk has been around for quite a while. Even before they had left the EU, the FCA’s definition of the UCITS 25% control rules was, and still is applied at the ManCo (ACD) level. This is not the case for the CBI, nor the CSSF. There is a certain logic to the FCA position insofar as a single manager may control a number of sub-funds. And using their combined firepower may be able to exercise undue influence upon an investee entity. A reasonable middle ground is to apply the 25% rule at the manager rather than the ManCo level, although this is often the same thing.

More recently, the necessity of integrating information across a ManCo came with the sanctions applied to Russian and related companies in the wake of the invasion of Ukraine. Whilst this analysis can be carried out on a sub-fund by sub-fund process, it is far more efficient to carry it out at the ManCo level. As part of this increasing awareness of cross-over between nominally independent sub-funds, we have seen ManCo risk managers seeking a greater understanding of the risk profile of the integrated sub-funds. This is because one of the most effective risk management characteristics of a 3rd party ManCo is the effective diversity between the risk profiles of sub-funds operated by different managers. However in the absence of reliable integrated information, this diversity is an assumption rather than a fact. And stress-testing questionable assumptions is a key component of effective risk management.

Firstly, you need to have the ability to determine the effective exposure of the ManCo at the asset class level, and to be able to further drill through to the sector and position level exposure. This allows effective identification of concentration risk and how it is evolving when compared against historical data. For large ManCos it may not be obvious when a non-trivial number of sub-funds are increasing leverage simultaneously, but this clearly has a non-trivial impact on the overall risk of the ManCo. Next ManCo level stress testing can be carried out to determine the sensitivity of the ManCo NAV to both historical and hypothetical stressed scenarios. This gives further information on overall risk levels and it provides valuable information to the ManCo as a whole. Given that ManCos operate using a basis point model, additional data on how that revenue may be diminished in a crisis is valuable business intelligence.

Liquidity risk is also an area where integrated ManCo data is being found to be very useful. Whilst the integrated exposure data identifies individual exposures that may be serious, they become very serious if that asset has low liquidity. Or worse, the asset is typically liquid, but you need to sell a large amount of them. Whilst this is not an exact description of what happened to UK pension funds recently, there is no doubt that the liquidity of even the most liquid of assets can be overwhelmed if everyone wants to hit the exit at the same time. So whilst it is difficult to know what is in other folks’ funds, it appears prudent at the very least, to understand the integrated liquidity of your own funds. A ManCo board should be most interested in such information, for whilst they cannot, to a large extent, control what is in individual sub-funds, they should, as a board, be very conscious of their ability to discharge their obligations under stressed conditions. For example, everyone heading for the exit, at the same time.

Overall, we call this ManCo Integrated Risk Management as ManCoTek. I believe, that as ManCos become the dominant fund manager and as they increase in size, more regulatory scrutiny will occur to ensure that the risks being taken by the sub-funds are been managed and mitigated rather than amplified and augmented by the ManCo structure.