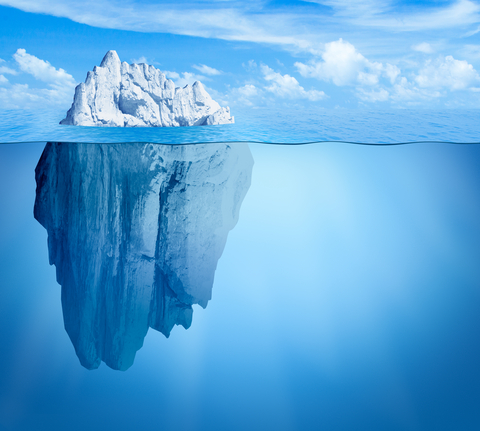 Archegos. Whodathunk?
Indulge me. Many moons ago I was a sterling swaps trader at Salomon Brothers. I was in the seat at the time of the Long Term Capital Management (LTCM) collapse in 1998. It was interesting. However, the most relevant point to the current topic is that we were the main counterparty to LTCM on their sterling swap spread position. For those uninitiated in the technicalities of fixed income relative value, this means that LTCM had bought UK Government bonds and hedged the interest rate risk with interest rate swaps (IRS), effectively a credit trade. Their position, like all LTCM positions was large, approximately $5mm / bp (for every 1% move in the credit spread they made / lost $500mm). Whilst this was significant for the day, what was key from the Salomon risk perspective, was that LTCM had assured us that we were the counterparty to at least 90% of their gilt position. Contrary to received opinion, Salomon had a strong risk management culture. It was only exceeded by its risk-taking culture. My desk’s position was $1mm / bp and I would have been confident that the Arbitrage desk also had a sizeable position, probably similar to that of LTCM’s. What this meant was that whilst these exposures were undoubtedly “chunky”, our ability to control the liquidity of UK swap spreads diminished our concern about the overall risk. Effectively, in a fire sale, assuming that we were still in the game, our position should allow us the effect an orderly reduction in risk. All bad assumptions, ex-post.
As it happens, LTCM blew up. Imagine my surprise when I discovered that my counterparty in Barclays had a similar, $5mm / bp exposure to LTCM and equally thought that they were the only main counterparty to the fund. This was true across all the positions that the fund held with their many counterparties. The obvious race to get out first and damn everyone else was only averted by Fed action that saw the participants dragged kicking and screaming into the classic darkened room and forced to act together. Well sort of. It was less than perfect but it undoubtedly avoided a mini and possibly a major market collapse.
This was only possible because LTCM had executed agreements that meant that the credit departments of their counterparties, such as Salomon, Barclays etc, had no visibility of their exposures to other counterparties. Effectively, all the banks were lending money to a fund, where they had zero understanding of the total borrowing of the fund. In hindsight, and it should be stressed it is hindsight, as at the time we all believed that they had re-invented finance (I have learnt my lesson…), this was insanity.
This is brought into clear relief by the demise of Archegos. I am assuming that the various counterparties had no visibility of the overall exposure of the fund. If they had, they it should have been abundantly clear that under stressed market conditions, like the failure of a fund holding market moving amounts of stocks, their ability to liquidate the positions would be highly constrained. Of course, this can be mitigated by limiting exposure or increasing haircuts. However, in the ugly fallout it appears clear that ignorance was near complete, and those that moved first, did best (see the movie Margin Call, remarkably accurate, in my opinion, for a corollary). What should be clear is that an investment bank that is offering leverage to funds in the absence of full disclosure of exposures is only putting themselves at a large potential risk. No commercial or retail bank would extend a loan to a client without full visibility of their financials, it is passing strange that an investment bank does not insist on the same. Risk managers, especially in the credit department, can only work with the information available to them. I am assuming that those who did worst in this episode, will be changing this approach first.
Risk management is an integrated function that considers extreme events and their co-likelihood (we call it the kurtolation in RiskSystem). The absence of relevant information for an assessment, if it could be available, makes a risk assessment meaningless. There are no averaging effect in these events. The Titanic was not sunk by bad weather, but by an iceberg that no-one considered. That failure in risk management was sorted. It is somewhat mad, 20 years after LTCM, that a fairly well-known iceberg can still cause significant damage to investment banks.