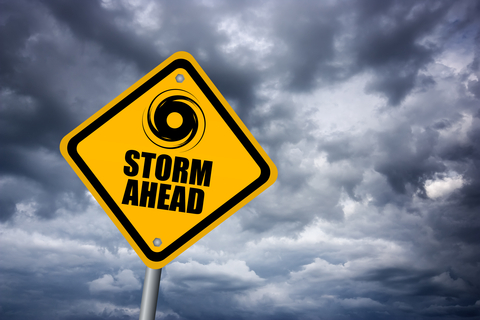 Despite being utterly useless at forecasting  (and academic evidence strongly supports this) the investment community continues valiantly to make various predictions on the perceived likely performance of markets. At RiskSystem, bar pandering to paranoia (“it’s going to get worse, much worse…”), we tend not indulge in such tyromancy, except on a daily basis, when producing value at risk (VaR) estimates of financial risk for clients. The VaR estimate is of course just a forecast of extremes of financial markets, be they one day or one month into the future, with some fairly dubious statistics tacked on. That being said however, given that VaR is being effectively baked into the financial markets via regulatory approval, there may be some value in determining what exactly is being forecast by VaR at the present moment.

We will do this by considering the VaR of some of the major markets. For reference we will use a daily returns data, 250 day in-sample, 1-day out-sample, single sided, un-weighted, 1% estimate of VaR. The markets we will consider are Brent Crude Oil, EUR/USD, S&P 500 and the yield of a US Government 10yr bond. Furthermore, we will consider data from the past ten years. The concept of “Stressed VaR” as introduced by the EBA (European Banking Authority) post the 2008 crash, was a real step forward in the evaluation of risk. Not necessarily because it greatly increased the cost of taking market risk, but more because it counters the pro-cyclical tendency of traders / fund managers to increase exposure to markets that have been recently been perceived to be less risky. (As an aside, this is a particular issue for risk weighted balanced funds, especially when co-mingled with variable correlation effects).

In figure 1, we show the two major markets that have received considerable attention of late: Brent Crude and EUR/USD. In the graphs the price is in gold and the VaR is in blue. As is well known, the price of each market has fallen considerably in the past few months. The financial risk, as estimated using VaR, was effectively at historical lows in both markets in the middle of 2014. It has increased in both markets but still to a points where the current level is below historical averages. It can be hoped (a bad strategy) that 2008 was a once in 75 year event. However 2011 was potentially more common – a Euro crisis. In the event of a re-occurrence, the possibility of VaR’s in these markets more than doubling from current levels is very real. In this event, the increase in perceived risk may lead to de-leveraging which in turn increases risk. This risk reduction spiral was a feature of 2008.

Figure 1: The price and the Value at Risk (VaR) of Brent Crude and the EUR/USD markets

As noted above, we are not in the general business of forecasting risk, however for those who hold positions in these markets, and are constrained by their VaR levels, there is a clear warning. That being said, given that the two markets are fairly large, it can be hoped (as noted above, a very bad strategy) that the illiquidity that exacerbated the 2008 crisis will not be a factor here.

In contrast to the markets shown above, the VaR’s of the broad equity and bond markets are still at or close to historically low levels. The effects of ongoing carnage in the oil and euro have in no way spilled over into realised price action in equities or bonds. The VaR of the S&P is at half the level it saw in the Euro crisis of 2011 whereas the US ten year is at one third of the level it experienced.

Figure 2: The price and the Value at Risk (VaR) of the S&P 500 index and the yield of the US Government 10yr bond

This is a positive development from the perspective of a risk manager. One of the most difficult aspects of the post 2008 markets has been the emergence of the “risk on / risk off” paradigm (ro-ro). From a risk perspective what this entailed was that long term correlations, or more importantly the lack thereof could not be trusted to provide hedges for a portfolio. Effectively, the components of a so called diversified portfolio moved in lock-step during a ro-ro period.
Unfortunately as can be seen from figure 3, the markets may be getting back, stealthily, it must be admitted, to the ro-ro paradigm.

Figure 3: Three month rolling correlation the S&P 500 index and the yield of the US Government 10yr bond.

The period prior to the 2008 crisis showed the equity and bond markets with a correlation of effectively zero, illustrating that short term movements in those market had little or no impact on each other. Post 2008, the ro-ro paradigm is evident with the high positive correlation between equity process and bond yields. That is, risk on – sell bonds, buy equities, risk off – buy bonds, sell equities. As the markets attempted to normalise this correlation started declining back to pre-crisis levels. However, from the middle of 2014, it has increased, effectively to crisis levels. Again, for those who are using the effectively uncorrelated dataset of 2014, the current VaR levels are most likely to be a very significant underestimate of the those seen in a crisis both on an individual position basis, and of greater concern, at the portfolio level. The last thing a trader / fund manager needs in a crisis is to be told to reduce positions due to constraints being hit.

To attempt to identify the next financial crisis is its own brand of mostly futile behaviour. However attempting to understand the dynamics of your portfolio under a variety of specific stressed conditions can be a very profitable exercise, or at least allows one to avoid potential losses. The last 10 years have given risk managers a valuable data resource that should be used extensively. However, whilst acknowledging the “fail to prepare, prepare to fail” adage, there is only one real truth about managing the risk of a portfolio in a proper financial crisis:

“it’s going to get worse, much worse…”