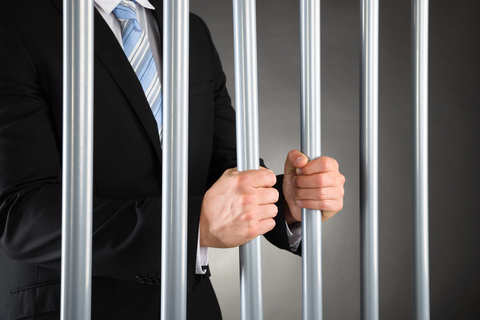 We talk a lot in the financial services industry about potential fines and/or enforcement action from non-compliance with regulation. What are the risks and what are the potential fines? From the point of view of a Management Company a key risk has to be a “blow-up” of a fund on the platform that can lead to not just obviously large losses for investor but also fines for the ManCo. So can this actually happen, does it happen, and what can be done to prevent this?

A recent case just settled by the FCA (announced Nov 10th) in the UK proves that yes a blow up on a platform is a real live risk that can prove very costly. Capita Financial Managers (CFM) has been publicly censured and ordered to pay up to £66m to investors who lost money as a result of investing in the now defunct Connaught fund.

The Connaught Income Fund was an unregulated collective investment scheme (UCIS) which began its life in March 2008. The investment strategy was to provide short term bridging finance to commercial operators in the UK property market. The Limited Partnership Agreement stated that “The purpose of the Partnership is to carry on the business of investing in short term loans secured by a first fixed charge on real estate with the principal objective of providing investors with a high fixed rate of interest.” A quick perusal of the Connaught Action Group website highlights the claim that “Investors were not told at any time that the risk profile of any investment in the Fund had changed very substantially from very low risk lending or low risk lending to exceptionally high risk lending.” Therein lies the issue – a fund changes its mandate and doesn’t make investors aware, or the fund is mis-sold from day one. Who is monitoring this?

The results of this fiasco were not pretty. CFM was the operator of the fund until it resigned on 25 September 2009. The fund (originally named “Guaranteed Low Risk Income Fund”), ultimately went into liquidation on 3 December 2012. The FCA found CFM had failed to conduct adequate due diligence on the fund prior to taking it on and failed to rectify this failure when it became aware that its processes had been inadequate. It also failed to adequately monitor the fund throughout most of its tenure as operator. In the end it has cost Capita £66m to plug the hole and it has received very negative publicity (and in fact Capita plc offloaded CFM to Link Administration Holdings last June – very possibly as a direct consequence of the aforementioned scandal).

So what can be done to prevent the occurrence of such a clearly negative issue? Firstly ManCo’s must take the time to do proper due diligence on the funds they are on-boarding. That includes visiting the IM in their place of business and actually seeing and meeting the people, the systems, the offices (remember the Enron fake trading floor?). And this monitoring needs to be ongoing and regular. Documentation needs to be clear, transparent, available and in no way misleading – MIFID II has raised the bar considerably in terms of marketing and distribution. If the IM is adapting their strategy investors need to be kept informed.

Finally spend the money on proper risk management – either hire someone who knows what they are doing, or outsource to experts. Knowing that a fund is thee hundred times leveraged when the manager is reporting ten times and the prospectus states a maximum of twenty times is crucial. It might just save you £66m and your livelihood.