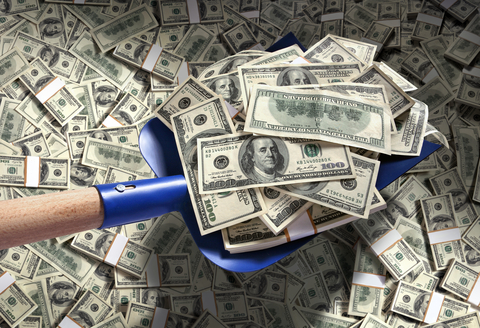 Member states have until 18 March 2016 to transpose UCITS V into national law. It is apparent that over time UCITs and AIFMD are set to converge and this is another part of that process[1]. For example the role of the depositary in terms of its functions, eligibility, duties and its liability has been clarified and are more in line with AIFMD. In addition there are new rules around the remuneration paid to the investment managers (the “risk takers”). This article will look exclusively on the remuneration aspects and how that might affect the investment manager and its employees. Related to this we will also take a brief look at an interesting academic paper that takes a look at performance fees and how they may skew incentives.

Directive 2014/91/EU introduces rules on remuneration policies to be applied to key members of the UCITS managerial staff which must be consistent with and promote sound and effective risk management and discourage disproportionate risk taking by the UCITS. ESMA also launched a consultation paper on 23rd July 2015 where it proposed that the principle of proportionality under the UCITS Remuneration Guidelines should be aligned with the AIFMD Remuneration Guidelines. ESMA has also consulted with the EBA but happily for the UCITS industry the cap on variable remuneration per the CRD has not been copied[2].

According to UCITS V, each UCITS Management or Investment company (“UCITS Manager”) must put in place remuneration policies and practices that:

• are consistent with and promote sound and effective risk management of the UCITS;

• do not encourage risk-taking which is inconsistent with the risk profiles or fund rules governing the relevant UCITS;

• do not impair compliance with the UCITS Manager’s duty to act in the best interest of the UCITS;

• are in line with the business strategy, objectives, values and interests of the management company and the UCITS which it manages and of the investors in those UCITS;

• include measures to avoid conflicts of interest.

The remuneration policies and practices must cover all staff whose professional activities have a material impact on the risk profile of the UCITS Manager or of the UCITS it manages at either fund or sub-fund level (“Identified Staff”). These are likely to include not only fund managers and investment decision-makers but also, for example, certain persons who are paid commensurate salaries.

As the Great Recession demonstrated, risk-taking by managers can have drastic consequences not just for their own firms but also for the global economy. True it was largely the banks that almost brought the global financial sector down. However many have used this as an excuse to target the hedge fund industry which directly led to AIFMD. Even before the 2008 financial crisis hedge funds were in the spotlight of politicians. Recall the book “The Invasion of the Locusts” written by Werner Seifert, ex chief executive officer of Deutsche Boerse AG, and also German Finance Minister Peer Steinbrück who put the regulation of hedge funds at the top of the agenda at the G7 meeting in Essen in 2007. Politicians wanted more transparency from the hedge fund industry and, though you can certainly argue about many aspects of and the pro and cons of AIFMD, it is certainly true that hedge funds are now required to provide a lot more information to regulators than heretofore (e.g. Annex IV reporting).

Politicians and lawmakers also felt that the remuneration policies of hedge funds needed examining. This has also directly led to the remuneration provisions contained within UCITS V. So a fundamental question that needs to be addressed is whether hedge fund remuneration actually incentivises managers to take excessive risk. Indeed as UCITS have become more “hedge like” with performance fees the same logic will apply to a far wider universe.

Hedge funds typically charge a management fee (usually 2%, sometime higher, sometimes lower) and a performance fee (typically 20% which is calculated as a percentage of positive returns to investors.)   Most performance fee terms contain a threshold known as a “high-water mark”. The high-water mark is the highest value of assets for which performance fees have previously been paid or the initial value of the investments if none have been paid. Performance fees are only paid when the value of the assets are above the high-water mark. This means there is a “kink” or “convexity” because the hedge fund revenues are “kinked” at the high-water mark – zero performance fees below it and potentially very large fees above it. In a recent study[3] academics looked at whether managerial incentives fundamentally influence risk-taking and effort. They studied a stylized model of a manager’s decision-making when facing a threshold incentive.  The study found that as managers become more distant from the high water mark their risk-taking increases and performance declines from both reduced effort and excessive risk-taking. However when managers are “very far” below their threshold they stop taking additional risks as they have little to gain from taking more risk but face the same costs of risk-taking as a manager closer to the threshold.

So it is clear that the incentive structure of hedge funds itself can lead to managers taking more or less risk depending on how near or far from the high water mark the manger is. Will spreading remuneration over a longer period and/or getting paid in units of the fund mitigate this? Only time will tell but hedge funds mangers will no doubt try to overcome these obstacles with clever structuring. Recall several years back fund managers getting paid in the City in gold or wine as ways to avoid income or capital gains tax. Similar creative thinking will recur we have no doubt. An innovative performance fee structure has been set up by Neil Woodford’s new investment trust – Patient Capital. The manager will receive no annual management fee and will only receive a 15% performance fee above a cumulative 10% annual hurdle rate. One could even question if a zero management fee is a good idea – are the other funds in the managers stable not subsidising this fund in some way?

[1] Gareth Murphy, Head of Market Supervision at the Central Bank of Ireland said at the IFIA Funds Congress in February “the general principle which we have adopted is to minimise, as much as possible, the differences between the two sets of remuneration guidelines [UCITS and AIFMD].  Indeed, in an ideal world, we would like to have only one set of guidelines for the European funds industry and we are willing to explore if this is legally and practically possible as an ultimate goal.”

[2] CRD IV ensures a cap on the ratio of fixed and variable remuneration. This will be set at 1:1 but may be raised to 2:1 with shareholder approval. The original CRD III was “intended to apply to significant financial institutions, but they are especially critical for large, systemically important firms”. In other words large systemically important banks – therefore UCITS management companies are unlikely to fall into this category.

Virgin on the Ridiculous