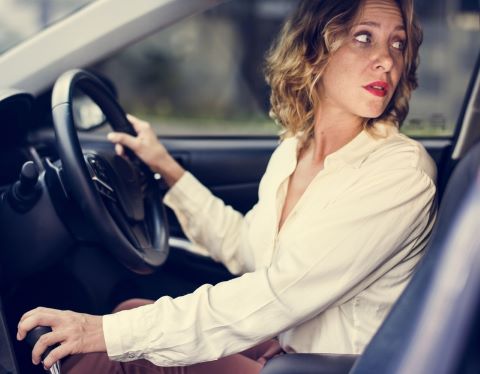 As I have mentioned, one of the more “interesting” qualities of many risk management stress tests is that they are tests that cannot be failed. It is not a positive look. However, many folk, myself included, maintain that stress tests are a valuable tool in a risk manager’s toolbox. How to square this circle? The obvious one is to actually impose limits with teeth on the output of stress tests, but for some reason that seems less than popular. Secondly it should be recognised that there is valuable information in the output of stress tests irrespective of any limiting characteristics. But in reality, risk monitoring is far less valuable than risk management. It is akin to observing the Titanic heading towards an iceberg rather than attempting to limit actions that might cause it to head towards said iceberg.  The third option is to come up with some halfway house that sort-of imposes limits but not too many nor in too strenuous a fashion… Enter stage left, Reverse Stress Tests.
Like most risk related innovations in funds management, this one started off in banking. It is the difference between banks and funds that, to a large extend, explains why it has taken more than ten years, the median time difference being five years, to propagate from one area to the other. To begin with, what exactly is a reverse stress test (RST)? In the banking world, the idea was to determine what sort of stress or combination of stresses were required to cause the bank to fail. This approach was deemed to be useful in the aftermath of the 2008 financial crisis, where it was obvious that a toxic combination of leverage, opaque complexity and uncertain liquidity made the solvency of financial institutions very difficult to predict. Reverse stress tests gave further insight into likely issues by assuming, ab initio, that the institution had failed and then working out what was necessary to cause that event.
Reverse stress tests have not been a widespread risk management tool in funds management. To some extent this makes sense. Typically, the leverage is funds is not that difficult to determine  and,  in comparison to banks, they are not that complex. Lastly, the demise of a fund is unlikely to be as impactful as the loss of an international financial institution. However, this changed dramatically in 2020 with the release of ESMA guidance on liquidity risk (ESMA34-39-897). Once a neglected, wilfully or otherwise, corner of funds risk management, there was now detailed guidance on an appropriate liquidity risk management process, at the heart of which was the recommendation that funds carry out liquidity reverse stress testing (LRST) that integrated both asset and investor liquidity risks.
So, what are the ESMA trying to achieve with regards LRST? It is simplest is to consider what is one of the single largest issues for funds regulation. That is that investors in regulated funds will not have access to their funds, as and when they require them. There are many reasons for the effective gating of funds, but restrictions on redemptions strike at the heart of investor confidence and it is to allay those concerns that a focus was put on LRST. Effectively the idea is to combine the impacts of both market liquidity scenarios and redemption scenarios on the risk profile of a fund and then repeat until the fund breaks, or not, depending on the fund. So, what does “breaking” mean? For a UCITS fund it may mean that after two 20% redemptions in a stressed market scenario, the fund is now breaching both the 10% restriction and the 5-40 restriction because it was not able to liquidate its less-liquid assets in a timely fashion. For an AIF it may mean that the Value at Risk (VaR) of the fund has exceeded its prospectus limit after three 10% redemptions because its risk assets are illiquid and the redemptions effectively mean an increase in leverage (although you could argue that if the fund was within 30% of its VaR limit it might be running too hot already…).
Realistically what the reverse stress tests are attempting to determine is the resilience of the fund in its ability to continue to operate within ALL the constraints that have been place upon it, in the light of both stressed market and stressed investor activity. As with all risk management tools it is best used in conjunction with other tools, but with its ability to integrate both market and investor scenarios, it is a key diagnostic to monitor and manage the liquidity risk of a fund.