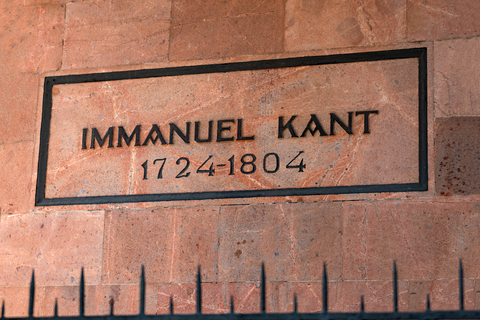 Immanuel Kant (1724 – 1804), the enlightenment philosopher, defined the word ‘nonage’ as such: Nonage is the inability to use one’s own understanding without guidance. Kant was not a risk manager but his concern highlights an issue that is very germane to modern risk management.
Like many risk managers, I have an ambiguous attitude towards, normally of the regulatory sort, guidance. This is not to say that it cannot be extremely valuable, but like all tools, and it should be stressed that official guidance is a tool, its value ultimately depends on the use to which it is put. This note will look at the ways it can be a great help, a great hindrance and parts in between, to the proper risk management of a fund portfolio.
European legislation pertaining to risk management is complex. This is not surprising as it was / is designed to cover in as uniform a nature as possible, a vast array of investment styles, products and instruments. It should be widely praised that regulatory agencies across Europe have engaged with the industry to clarify issues where there is perceived or otherwise ambiguity. Where this guidance is direct and simple, for example in UCITS, are government bond futures exposures in scope for total government exposure limits? Yes, is the answer. Whether one agrees or disagrees with the guidance, it is remarkably clear. However, as with all tools, their value becomes less so, when they become less sharp.
The classic case of potential ambiguity is in the proper treatment, as defined by ESMA (CESR 10-788) of the Value at Risk (VaR) estimate. I will not try and defend VaR to those who feel it has no value, all I will say is that in my opinion it is equally inappropriate to almost all assets to which it is applied. That is a rare bird in the risk management aviary and has value as such. The issue is that, whilst the guidance is excellent, it is also very broad. The value of the guidance is that it gives everyone a common language in which they can discuss the VaRs of their portfolios.
Similar to the Black-Scholes model for options, which is a truly terrible option model, but allows market participants to discuss pricing in a neutral language, the VaR guidance gives market participants a basic prescription so that estimates can be compared. However, it is silent on many of the other issues that are relevant to the VaR estimate. The most obvious of which is the length of the historical time window used in the estimate. At least one year is the guidance. For those using a one-year time window, the precipitous fall in the VaR estimate of their portfolios in March 2021, as the extreme events of March 2020 moved out of the in-scope time window, will just not be replicated by those using a two year or longer time window whose VaR estimates will continue at a higher level, due to those extreme events continuing to being included. This makes comparisons difficult, very difficult, and that does not even start to consider the many other ways in which a VaR estimate may be manipulated, and still be consistent with ESMA guidance. This is not a disaster but a hinderance.
A good risk manager will still identify the appropriate parameters for the VaR estimates for their portfolios and ensure that the portfolios are properly monitored. It is worth noting that banking regulators decided to avoid the problem and added a stressed VaR component to the risk metric for completeness and a much bigger estimate’s sake.
Moving toward the other end of the scale is guidance on the monitoring of liquidity risk. There is a great deal of guidance on the numerous tests that are required to be carried out on the liquidity risk of investment portfolios. This includes the market liquidity of the portfolio, the implied liquidity risks of redemptions, the contingent liquidity risk of derivative exposure and combinations of all three. What is missing is exactly how a fund is meant to measure liquidity risk in the first place. This is rational. As I may have mentioned before, liquidity data across asset classes is not good. A regulator attempting to impose a uniform measure will have profound difficulties. However, the lacuna between what is required and how it is to be done is significantly non-trivial. It allows for any amount of innovation, but a responsible risk manager will always be concerned that the methodology that they think appropriate, for whatever reason, may not be considered in line with (invisible) guidance. This is not nonage, but a potential risk, nonetheless.
At the worst end of the scale is the attitude that the absence of specific guidance is the ability to define the rules to suit oneself. Having been a fund manager, I fully appreciate the desire to maximise returns for investors. A risk manager who defines their role as the guardian of the guidance, may find the logic irresistible, but this is not to the benefit of investors. We use guidance, when appropriate, in the best interest of investors. In its absence, we use our own understanding.