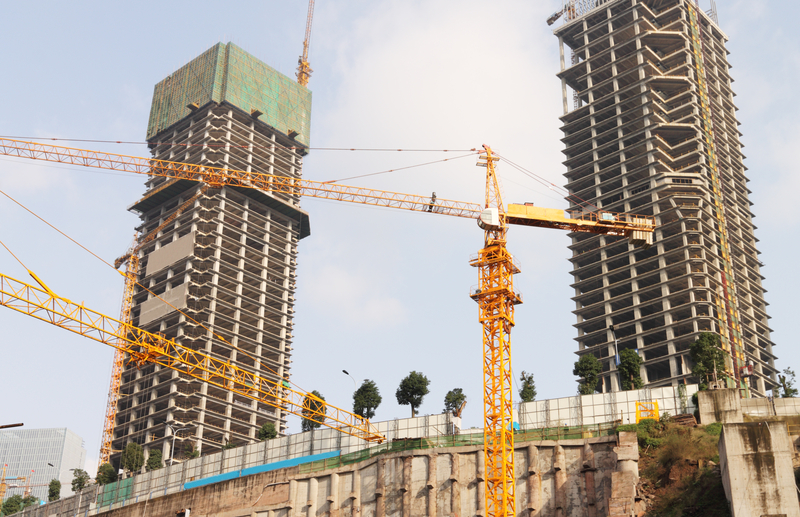 As my old boss said twenty plus years ago “anything times the number of people in China is a very big number”. China is now extremely important to global GDP growth and a slowdown there, or worse a recession, will have profound implications for the rest of the world – in particular countries that export to China.

As China became a more market oriented economy and “plugged” itself into the worlds GDP over the past fifty or so years it has consumed more and more raw materials (“commodities”) that it turns into other “stuff” that it exports (from TVs to iphones, clothes to toys etc,). It is also a large consumer of items China needs itself e.g. food, oil etc. As the chart above shows China has become a very large part of global GDP. It consumes vast quantities of commodities such as iron ore and copper importing them from Australia, other Asian countries and even Germany (think BMW and Mercedes). These other countries will undoubtedly suffer if China slows markedly. Right now that seems highly likely – China is having to re-orient itself from an export led economy to a more services dominated economy. That takes time and can involve pain for certain sectors of its population and its economy. In addition China has had to deal with tens of millions of workers moving from the fields to the cities – again posing huge social problems. Empty cities built to house a million people are visible signs of this struggle – some 250 million people have moved to urban areas over the past few decades. Entire cities had to be built in advance to facilitate this – no surprise then that China consumed more cement between 2011 and 2013 than the US did in the entire 20th century.

China is also getting used to capitalism. They are dabbling with free markets – with some success in some areas, and obviously not so much in other areas (the stock market comes to mind, where some poorly judged intervention has merely made matter worse). However, like most central banks, the urge to interfere is impossible to resist – in fairness it’s not like western central banks can’t be accused of this too. Thankfully at least one central banker gets it (Reserve Bank of India Governor Raghuram Rajan) who recently said “It is not the role of the central bank to elevate sentiments unduly, to deliver booster shots to the stock market so that it can soar for a while, only to collapse when reality hits”. Perhaps the Chinese authorities may come around to such enlightened thinking but China’s long history of running a command economy would make this seem unlikely – at least in the short term.

So China is learning – the hard way – about capitalism and the downside of free markets. They are trying to manage an impossibly large economy that is transforming itself, all the while dealing with idiots like Donald Trump calling them currency manipulators – it takes 30 seconds to prove he is talking utter nonsense – see graph below showing the appreciation of the Chinese effective exchange rate. The recent “devaluation” is barely a blip on the long term trend of appreciation versus the dollar.

So there will be bumps for China along the way – it is inevitable. Yes they have a large debt problem at the municipal level, yes they may have a housing problem, yes they may have a margin debt problem but they also have vast currency reserves (circa three trillion much of which is in USD and therefore parked in US treasuries – pretty tough to sell in a hurry admittedly but they are still a huge net creditor – whilst the US is in the opposite position).

So whilst I am worried about China – and China really matters to global growth – I am long term still bullish on China. I think they will come out the other side of this but it might be rocky for another 1-2 years as they transition. So far this year the Chinese crash has been one of the biggest on record – this is scaring the powers that be, hence all the panic and intervention.

On other important point to bear in mind: the graph below shows how much more exposed global banks are to China than Greece – keep your hard hats nearby.